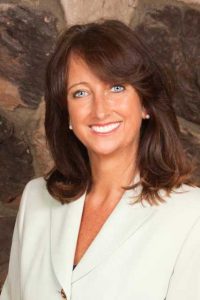 Linda Slade was born in the UK. She studied education at Cambridge University and then Voice and Communication at the Royal Central School of Speech and Drama in London.

Linda worked extensively as a director in theatre and television in the UK and Europe for over twenty years. She then went onto teach numerous courses at Cal State Fullerton and The New York Film Academy for six years as well as developing the Master Degree Course in Film and Television for The Academy.

Linda has also spent the last twenty years working with homeschool children teaching all subjects from American History to Video making. Her last homeschooled children, who she taught for 14 years, graduated recently, filmed most of their subjects and produced educational documentaries for schools and other homeschoolers: These ranged from documentaries on Science, French, Geography as well as drama and music videos.

After 8 years of full time consulting and voice coaching in the film industry in Los Angeles Linda decided to write down her vocal exercises in a series of books. These 6 voice books provide guidance to the reader in all aspects of vocal training. Linda set up her Authentic Voice Agency in 2001 and since then has been working with business executives, actors and politicians, in helping them to overcome fear of public speaking, to speak for the camera, to develop or reduce accents, deliver award winning speeches or to simply strengthen their existing vocal talents.