Come check out our new D&D group this Thursday, January 28th at 5:30 pm and meet our Dungeon Masters Alex and Truman.

In this recurring workshop, we not only through a full D&D campaign, but we teach the full process of making a character. Later, we delve deeper into all the intricacies of D&D, such as how to maximize a character build, the more detailed rules of the game, tactics and strategies to prevail in combat, and maybe some Dungeons and Dragons lore.

The first thirty minutes of the class is dedicated to answering questions and learning about the game. The remaining three hours are for the game itself, the most exciting part.

In this original adventure, written just for this workshop, players are taken across the realm, unraveling a centuries’-old mystery, and vanquishing great foes along the way. From defending against a goblin ambush deep in the forests of the north, to completing undercover diplomatic missions at the royal palace. This D&D campaign has it all.

No previous D&D experience is required, beginners and seasoned players acquire knowledge of the game while having a good time. Students need minimal supplies for this workshop. You can build their character on a computer or phone and use one of the digital dice rollers for which we provide the link at the first session. But, if you want a more authentic D&D experience, and especially if you are not using a computer, we recommend printing out a paper copy of the character sheet. The first session we play with premade character sheets, so no need to print one just yet. We provide links to character sheets on the first session, as well as go over all of this again.

We look forward to seeing you in the dungeons! 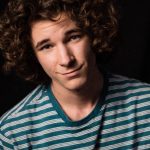 Truman Hatfield is a 17-year-old homeschooler who was a student at Urban Homeschoolers for several years. He is currently taking community college classes for credit so that he can transfer into film school. Truman has several hobbies including rock climbing and photography. And of course, Dungeons & Dragons. He first learned about Dungeons & Dragons nearly 5 years ago at his local game store and has been playing ever since. 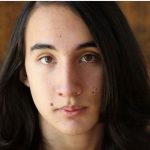 Alex Guder is a 16-year-old LA-based actor, improvisor, musician, and D&D-enthusiast. Alex is known for his roles in numerous TV episodes/pilots, such as his appearances in The Fosters, New Girl, The Mindy Project, and most recently, his appearance in Saved by the Bell. Additionally, he has acted in over forty national commercials. Alex grew up homeschooled, and has always been fascinated with RPGs, tabletop games, and the medieval fantasy setting, and has played in and run numerous D&D adventures. He has written D&D campaigns of his own and is looking forward to bringing adventure and excitement to the students of Urban Homeschoolers!